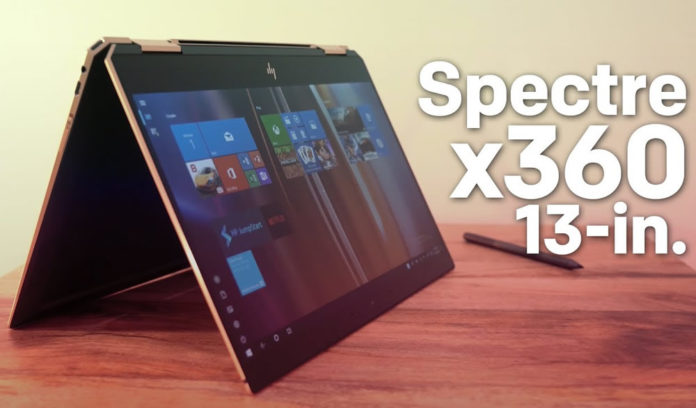 If you are shopping for a new ultraportable premium laptop in 2019, the new HP Spectre X360 13inch 2019 is probably a must have on your shortlist. It’ll check most of the spec sheet you’d have on close competitors, or at least those within the same price bracket. But just so we don’t get ahead of our heads, there are worthy competitors from the likes of dell, Lenovo and Asus promising to deliver just as good performance as this model. Therefore, as you read further, we’ve divulged some of the key points in performance, aesthetics, battery life as well as ergonomics you ought to consider before settling on this model as your perfect replacement or premium laptop of choice.

First, let’s get some things straight before we proceed. I personally don’t own this model – the Hewlett Packard Spectre X360 13inch 2019, but I ordered one for a good client of mine and had a taste of it beforehand. When it comes to technology, more than often the latest tech trounces and we don’t intent to put this laptop up against old or overtaken tech in the spirit of fairness. So much has changed from previous years in comparison such as the Toshiba Satellite we reviewed back then.

There’s a reason why I always start with the display panel in my reviews; it’s the first point of interaction and let’s face it, this is one feature that could make a whole lot of difference. We like the fact that HP included models with 4K resolution, most of us probably won’t need it but we can’t ignore the fact that it makes those images and text pop in comparison. Rather than having a grainy traditional panel, the HP Spectre X360 13inch early 2019 has a decent screen resolution that it’ll be impossible to differentiate individual pixels at normal reading distance. The display panel has minimal bezels running from edge to edge which keeps the small ultraportable profile intact.

I like the old days when laptops used to be sturdy and by far durable than current offering; however, one area manufacturers understandably failed to fully address was the bulky sizes. This was because of several factors including not so efficient processors at the time. While the 2019 HP Spectre X360 generally feels lighter than it actually is thanks to good weight distribution, it still puts on enough weight – 2.9 pounds to deny it bragging rights in the ultra-portables. We loved HP’s approach to design, it features chamfered (angled) “gem-cut” edges, which were utilized to house the power button as well as the other USB type C port. Unlike what you’d refer to as average design, HP paid a lot of attention to design detail. For example, there’s an attractive Bang and Olufsen speaker grill above the keyboard surrounded by a rock-solid but nicely-textured aluminum chassis.

For the duration we had this model, there’s one area it’ll prominently feature in comparison – performance. HP Spectre X360 is one of the fastest laptops out there sporting the latest Intel 8th gen Core i7 8565U processor, this model out-performs most laptops from well-known vendors with the same processor. It’s palpable for me — blazing through pretty much everything I throw at it.

Battery life is something laptops have struggled to cope up with demand, consumers are looking for portable laptops that could take them through a few days on battery power rather than a few hours. MacBooks for once have had an upper hand in this arena thanks to optimizations in software by the manufacturer; HP has managed to achieve a full day of battery life despite  a 4K display, a fast quad-core processor, 16 GB of DDR4 memory, and a 512 GB SSD, the Spectre can easily go all day for most of normal tasks.

Biometric ID: the spectre Comes with both Windows Hello Face ID and fingerprint sensor. Which are instantaneous.

Keyboard / trackpad: there’s a good tactile feedback and decent travel on the keyboard

Price and availability in Kenya: Our review model will cost you around Ksh. 150,000

Free Laptops for Primary Schools Suppliers have been Shortlisted

The Jubilee’s government promise on free laptops for standard one pupils is finally hitting the road, the government has shortlisted three international...
Read more
Gadgets

Samsung is by no means performing worse than expected in Kenya, it has become a common household brand with various brands such...
Read more