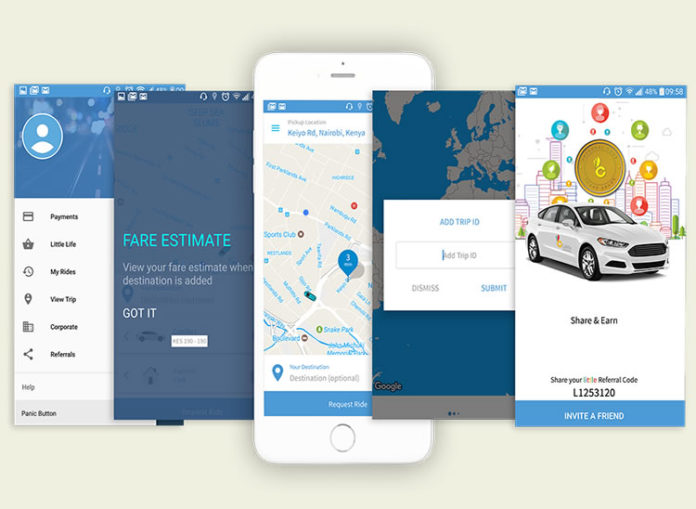 Each year comes with it’s own business opportunities and establishments are in no way leaving anything to chances, just after we discovered plans by Uber to launch on Kenya’s popular Matatu mini buses, Little has started to experiment the feature in parts of Nairobi with Little Shuttle. The firm, which is Kenyan – owned, is expected to roll out in masses in few months getting the very much needed heads-up considering the marketing financial muscle Uber has. Being the early bird has tremendous advantages, but it doesn’t always guarantee success, Little Shuttle could just cover some real ground before expecting competition from rivals Uber and Taxify. Nairobi’s transport sector is heavily controlled by Mini-buses commonly referred to as ‘Matatu’ that ply various routes from the town.

Little Shuttle will enable riders book seats in a 33-seater minibus at specific times of the day rather than using traditional cabs. The trick in finding a soft spot for consumers in Kenya has mostly been associated with costs. Cabs are expensive to the common Kenyan, how about reliably allowing those who can’t afford them instead use matatus’. The new service targets riders who would otherwise use their vehicles to move around. Just like you’d book a bus ticket to ‘Shags’ or Coast, Little Shuttle allows you to reserve a seat in one of the 33 seater mini-buses and board at specified time/route, except this time is within Nairobi.

We understand Uber is as well in the final stages of rolling out the feature in Nairobi after it started tests in Egypt and Mexico.

Little has since piloted the service in parts of Nairobi’s routes i.e. Kangemi and Nextgen route. This is in part with help from the National Transport and Safety Authority (NTSA) to ensure they comply with the law.

According to Kamal Budhabhatti, the founder of Craft Silicon that owns Little, he expects the platform to be fine-tuned and customized during the pilot phase to solve real city problems. “For our pilot and also as we go live, we would be working with partners who have clean bigger buses with a seating capacity of 33 and above,” he added.

Little Shuttle is expected to cost slightly higher and is expected not to offer direct competition to matatus but rather let Riders who would otherwise be using their own vehicles for city and work movements access the service from matatus that will be using the service.

The commuter industry in Nairobi city is volatile, quite often, commuters have experienced unpredictability caused by factors such as strikes e.t.c. traffic surges and weather changes have had a major impact on Nairobians where in some cases you’ll find huge queues without or very few buses. Uber has also expressed interest to include Uber Bus function on their offerings.

Previous articleHuawei P Smart (2019) Updated with an all Screen Display and comes in turquoise and Aurora Blue as well
Next articleJust as Kenya is Prepping to Phase out Old Passports by August, here is the Application Process and Requirements for Getting the New e-Passport

Huawei has recorded impressive results in the first quarter of 2020 according to statistics from the international data corporation (IDC). The tech...
Read more
Business

How Safaricom customers can buy local digital newspapers for only Ksh20

Safaricom and local media houses have inked a deal that will see customers on the Safaricom network purchase local newspaper issue at...
Read more